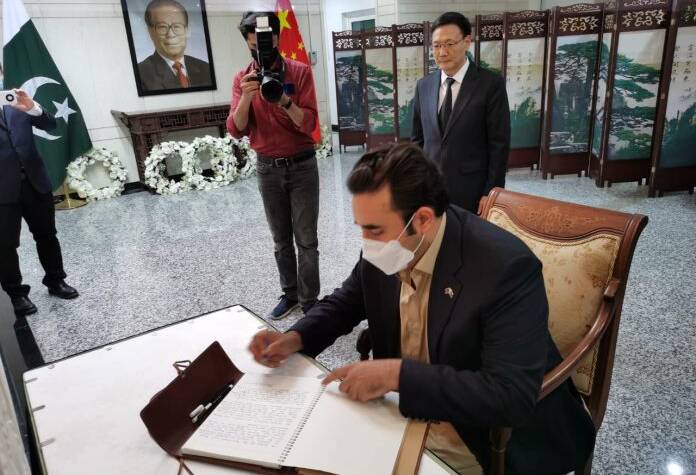 Foreign Minister Bilawal Bhutto Zardari on Thursday visited the Chinese consulate here to offer condolence over the death of former Chinese President Jiang Zemin, on behalf of the government and the people of Pakistan.

In his remarks in the condolence book, the foreign minister said the late former president had five decades old association with Pakistan and with his death, China had become bereft of a great leader.

The foreign minister said that Jiang Zemin had a significant role in the development of China.

He said the former Chinese president would be remembered as a great world leader who established his identity at the international level besides promoting world peace and progress.