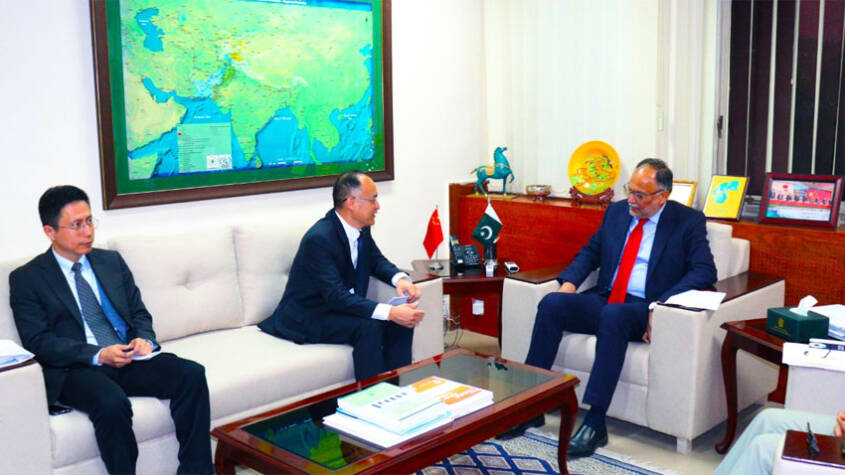 Speaking on the occasion, Ahsan Iqbal thanked Chinese President Xi Jinping for his commitment to fully support Pakistan. He said the CPEC is the top priority of the government and ML-1 railway project is the flagship initiative of the corridor. He emphasized on the early nomination of companies by China for the ML-1 project.

The Minister said construction of tourism infrastructure at Gwadar Port is government’s priority. He said work on transmission line to supply electricity to the people of Gwadar is continuing vigorously.

The two sides agreed to promote business-to-business cooperation between China and Pakistan.