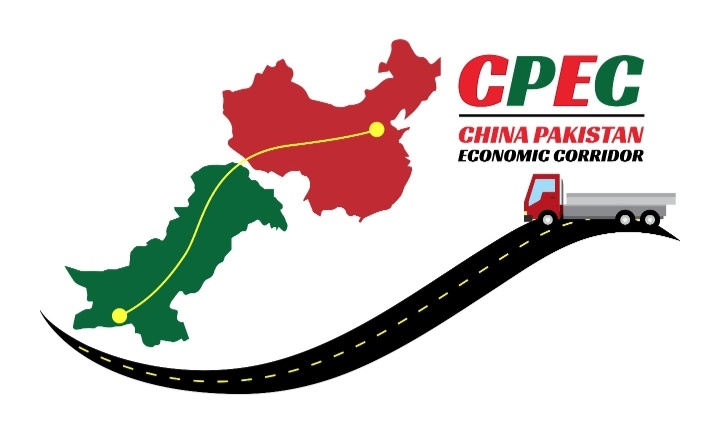 China Pakistan Economic Corridor (CPEC), the flagship project of Belt and Road Initiative (BRI) is the crystallization of the all-weather strategic cooperative partnership between China and Pakistan, said by an eminent Chinese scholar Professor Dr Wang Yiwei at the “International media dialogue on the role of BRI in China Pakistan relation development in the past decade”.

The dialogue organized on the topic was attended by a large number of international journalists, scholars, experts and academicians working on CPEC research projects.

Keynote speaker Wang Yiwei, the Jean Monnet Chair Professor, Director of Institute of International Affairs, Director of Center for European Studies at Renmin University of China said that the reality of the CPEC is reflected in the “four pillars”: energy, infrastructure, ports and development zones.
“Is the world headed for fragmentation, confrontation or convergence?” He asked. Interconnectivity is the key to the future of mankind.
He told that China-Pakistan Economic Corridor is the flagship project of BRI’s six Economic Corridors.

Wang noted that for BRI on land and at sea, to achieve Land-Sea connectivity, not only is to help Xinjiang, even the whole Central Asia create a shortcut to enter the India Ocean, but to help Pakistan narrow the gap between north-south development, which allows Pakistan to better integrate into the process of industrialization, urbanization and globalization. In the future, it will also benefit neighboring countries, such as Afghanistan and the countries in South Asian Subcontinent, and assist in achieving the goals of the 2030 Agenda for Sustainable Development, significant in setting up an example.

Moreover, the construction of national capacity for governance concerned also mirrors the all-weather strategic partnership of cooperation between China and Pakistan in economy, people’s livelihood and future development, to pursue peace and stability through development, to strengthen friendship through common development, to realize the mission and value of cultural exchanges and mutual learning through interconnectivity, stated by Wang.

He also stressed that BRI is also in the process of transition while globalization turns greener, healthier and more digitalized. At the same time, we need to address new risks and challenges, for example, against the Indo-Pacific Strategy from India and America, or tackling with the unbalanced development issues between areas.

Therefore, we should “ensure both development and security, coordinate bilateral and multilateral relations and promote high-standard, sustainable and people-centered progress”, told Wang.

While addressing the dialogue, Dr Fazal-ur-Rahman Director at Pakistan Institute of China Studies in Sargodha University said that the CPEC project is a historic initiative which will help the country attract investors and create jobs, along with business opportunities for locals.

With the promise of international opportunities and unlimited resources, Pakistan has embarked on a journey of economic growth.
For a country on the verge of becoming a strengthened economy, Pakistan has solidified its foundations, embracing the framework of regional connectivity through the Pakistan China Economic Corridor, said Dr Fazal.

Another keynote speaker Dr Tahir Mumtaz, head of China Study Center, COMSATS University said that CPEC includes a number of initiatives in Pakistan.
Being the last land-stop before the Arabian sea, Gwadar has always been considered as a goldmine for possessing the geographical characteristics of a natural deep sea port, said Dr Tahir

It is now the central nexus on which all of CPEC is geared towards, however, connecting a path from this edge of the Pakistan all the way to China meant developing a mammoth transportation network. This is where One Belt One Road (OBOR) comes in.

CPEC will also contribute towards the improvement of peoples’ lives in Pakistan and China by promoting bilateral connectivity, construction projects, economic and trade opportunities, logistics and local trade in the region.

Dr Tahir also said that as the next stage of CPEC development starts, private investors and firms are flocking to Gwadar with their expertise, experience and capital to make the most of this unprecedented opportunity.

Sabah Aslam , Executive director at Islamabad Institute of Conflict Resolution said that it has been a very significant to witness that since the CPEC was first conceived years ago, the mega project became a ground reality.

So far, the project has ushered long lasting and positive results for Pakistan and China. Its first phase of early harvest projects worth USD 19 billion is almost complete now and the results are in front of all, she said.

The Belt pertains to land routes while the Road is all about sea routes. Pakistan is fortunate to have BRI’s flagship project CPEC-China-Pakistan Economic Corridor entailing both opportunities and challenges.

CPEC under the BRI again has two components; the land component and the sea component.
Bringing Gwadar port and its approaches via sea into this equation has in fact turned this project into an economically viable solution for both China and Pakistan, stated Reema.