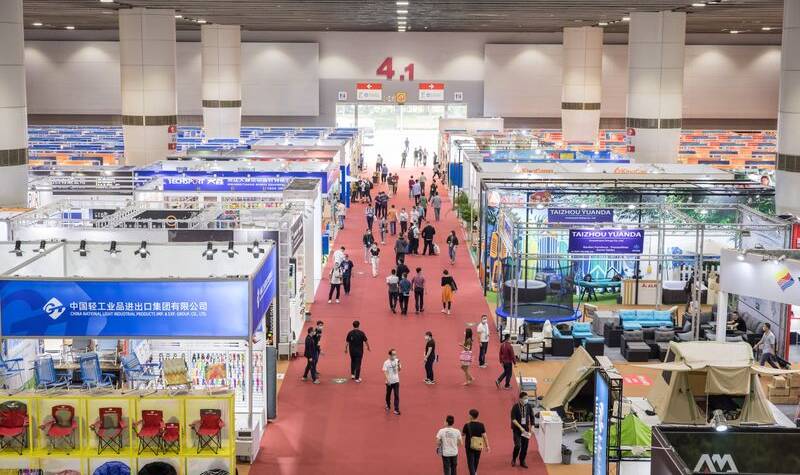 Pakistan can make active use of the China-Asean Expo in Nanning, China International Import Expo in Shanghai, Canton Fair in Guangzhou and other product-specific platforms and exhibitions in China to increase its foreign exchange reserves, remarked Muhammad Irfan, Trade and Investment Counsellor, Consulate General of Pakistan in Guangzhou, China.

During the 19th China-Asean Expo, which was held from September 16 to 19, the counsellor told the China Economic Net in an interview that insufficient foreign exchange reserves has been a very serious problem for Pakistan in the past few years, especially in recent months. “Export is an important means to increase foreign exchange reserves and displaying and selling Pakistani products through exhibitions can effectively promote the popularity and export of goods to China and other Asean countries,” he emphasised.

Pakistan has exported a range of distinctive products through the exhibition, such as textiles, carpets, sporting goods, marble, furniture, etc. Muhammad Kamil, a Pakistani exhibitor, said that the Chinese love Pakistani handicrafts so much that they have signed short and long-term contracts with Pakistani exhibitors and many of whom are repeat customers.

Pakistan has been participating in the China-Asean Expo for many years. A larger Pakistan pavilion has been on display for the last two years. Each time, about 20 or more exhibitors participate in the national platform and trade development.

The signing of the second phase of China-Pakistan Free Trade Agreement in 2019 has allowed 313 more Pakistani products to enjoy duty-free access to the Chinese market. These include textiles including garments, leather and leather products, and fish.

Irfan mentioned that the Consulate General is working on issues related to the export of Pakistani fruits, meat and dairy products to China. “Despite travel restrictions caused by the pandemic, Pakistan’s exports to China have almost doubled in the past three years.”

Exports to China crossed $2.40 billion in the first eight months of current year, up 6.23% year-on-year. And “we still have $3 billion in potential exports to China.” The Chinese government has given preferential treatment to Pakistani products, but many Chinese consumers are curious to know what kind of products Pakistan can offer.

“By building such pavilions at the expo, more Chinese people can learn about Pakistani products, which are of good quality, cost-effective and from a friendly country,” the counsellor said.

“For the past two to three years, we have been introducing non-traditional Pakistani products like biscuits, sweets and drinks, which are also highly popular with the Chinese customers. We are also promoting Pakistani mangoes through B2B and B2C linkages.”

He revealed that numerous people in Guangzhou have asked to buy Pakistani mangoes, adding this year efforts have been started to introduce mango pulp and mango juice in the Chinese market.

Apart from its active participation in the on-site exhibition, Pakistan has opened online pavilions on the Chinese e-commerce platforms.