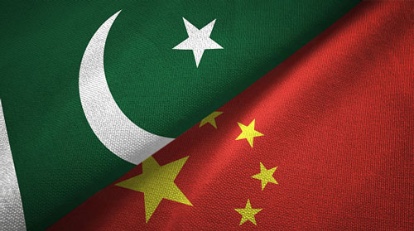 The conference focused on the scientific and technological challenges of CPEC, including the prevention and control of threats such as earthquake, mountain disasters, meteorological disaster and marine distress, and desertification, and reviewed the relevant works and achievements in recent years. More than 10 well-known experts in from both sides were specially invited to give academic reports.

Gao Liang, the Inspector of Science and Technology Department of Sichuan Province, delivered a speech thanking all the experts from Pakistan and China for their care and support for the scientific and technological innovation work in Sichuan province. He noted that the center has played an active role in promoting international science cooperation and international talents training, and has become an important platform for promoting earth science cooperation under BRI. At the same time, he hoped that scientific and technological workers from both sides could build consensus through the event and formulate academic research plans in the field of natural disasters and risks faced by the development of CPEC. Sichuan province as a connectivity hub of Pakistan and China, will continue to support the construction of the Center and make joint efforts to promote the high-quality construction of CPEC.

Cui Peng, Chief Scientist and Director of CPJRC, said that through the conference CPJRC focus on the scientific and technological challenges of CPEC natural disasters and risk management, and conduct in-depth discussions on these issues. “I hope that scientists can thoroughly discuss the problems to be solved in this field and design the blueprint of future cooperation based on the research in the past five years, so as to improve CPEC risk management to a new level.

Chen Gang, the Deputy director of Chengdu Science and Technology Bureau attend the conference and delivered a speech. Su Lijun, the Deputy director of the Chengdu Mountain Institute of the Chinese Academy of Sciences, presided over the event. Meanwhile, several academic reports were released including Mega-flood events in the eastern Tibetan Plateau: constrained by high-energy flood sediment (Liu Weiming, Researcher of SAC), Geohazards – 2005 earthquake as an Example from Pakistan (Naveed Ahsan, Professor of University of Punjab Pakistan), The great earthquake and tsunami potential at Makran subduction zone: constrained by geological and geodetic observations (Qiu Qiang, Researcher of SAC), and so on.