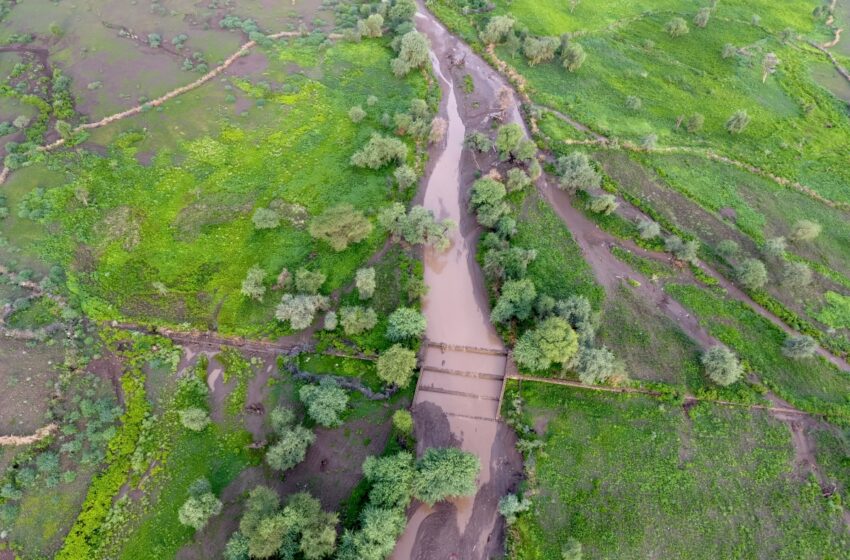 “Pakistan has almost more than three thousand glaciers in northern areas. When they melt, water gathers down there and makes a lake. When the lake is quite big, it forms a flood condition,” explained Joudat Ayaz, additional Secretary of Ministry of Climate Change of Pakistan, about the flood causation. Since mid-June 2022, Pakistan has been drenched by extreme monsoon rains that have led to the country’s worst flooding in a decade, and had many losses of precious lives and infrastructure.

“The ministry of climate change in Pakistan is doing a project, in which we are measuring the melting of glaciers. From that we come to know before the time that this lake is about to burst or has gone bigger in size. Although it cannot help us to save the lake from getting burst, we can control its damage, like saving the villages on its way. The complete equipment has not been installed yet. It is my will that this equipment should be installed in 24 valleys.” He added.
Apart from analyzing the reason for the floods and how to prevent the losses, Joudat Ayaz also stressed the importance of turning the floods into water supplements with technologies. “There have been floods since the earth was created. Floods are not a bad thing if we utilize flood water properly.”

“The flood water brings good fertile alluvial soils, which can helps improve agriculture. In China there is a concept of sponge city, where the water is absorbed in the soil through leakage.” The Sponge city model, which is also called green development interventions and green infrastructure, is used for flood control with enhanced ecological infrastructure and drainage channels. The model can help Pakistan  eliminate two pressing problems: flood and drought.

Such a model can also be used to tackle the volatility of rainfall brought by climate change. “There has been a lot of rain in Lahore, Islamabad and Karachi. We need to utilise that water through rainwater collecting techniques to reduce the damage and use the rainwater in some other areas like in the agriculture sector as a substitute.”

Aside from water management, Joudat Ayaz also mentioned some other technologies that China uses to tackle climate change, which can be imported to Pakistan. “China has weather monitoring equipment and glacier melting equipment which can monitor glaciers melting and conduct satellite imaging. They can help not only in flood control, but also in agriculture, such as crop pattern optimization.”

“We have not yet solved the smog issue in Lahore, while China has controlled the pollution in big cities like Beijing and Shanghai.” Joudat Ayaz suggested learning some green lifestyles of Chinese people. “For example, electric vehicle is rarely seen here in Pakistan, while it is quite common in China. At home, they use air purifiers, and energy-saving lamps are also very common. We can learn a lot about local solutions from China.” He added.